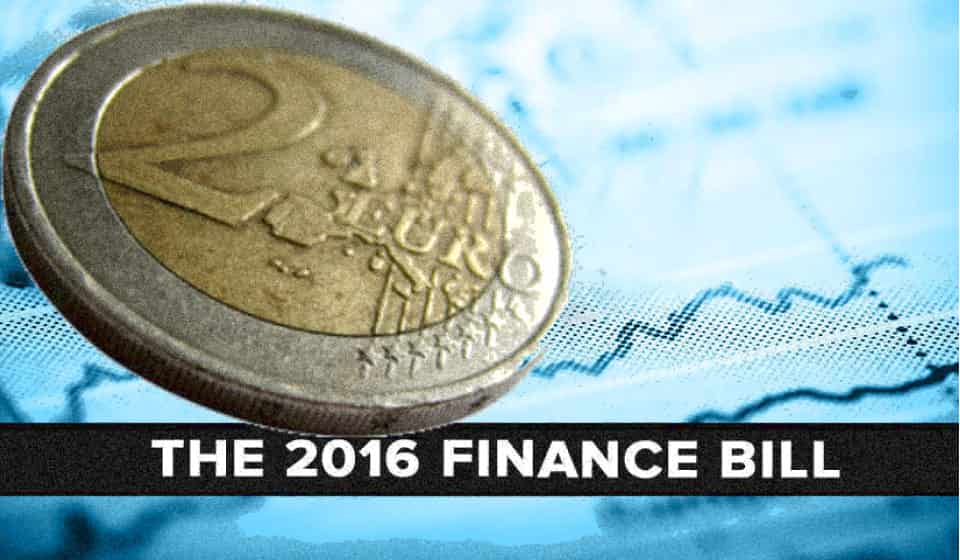 Ireland's Finance Bill 2016 was announced on 20th October 2016. The Bill includes the Budget Day announcements and a number of initial measures as a first response to BREXIT.

The Finance Bill is the main piece of financial legislation each year. It gives legislative effect to what was in the budget and also announces new measures.

Commenting on the publication Finance Minister Michael Noonan said:"The Bill[...]focuses on implementing the main tax changes announced on Budget Day. This is in line with the recommended process of budgetary reform."


These are some new measures not announced in the budget, or which changed in the meantime. This measures relate to:

This incentive is scheduled to run until the end of 2019. It will be open to applicants who have signed contracts to purchase their home on or after the 19 July 2016, the date on which Rebuilding Ireland was launched. Where more than one person is involved in a purchase, each person must be a first-time purchaser.

The section provides for the registration with the Revenue Commissioners of contractors for participation in the incentive and for clawback provisions in certain circumstances.

The Bill provides for a new taxation method regarding the Irish real estate funds (IREFs) .

IREFs are investment undertakings (excluding UCITS) where 25 Per cent of the value of that undertaking is made up of Irish real estate assets. IREFs must deduct a 20 Per cent withholding tax on certain property distributions.

Broadly speaking, property distributions are payments made to unit holders who are not within the charge to Irish tax, out of profits arising from its Irish land. /p>

The withholding tax will not apply to certain categories of investors such as pension funds, life assurance companies and other collective investment undertakings. The amendment will apply to accounting periods beginning on or after 1 January 2017.

Section 110 applies to profits arising from the holding of financial assets that derive their value from Irish land and will apply to accounting periods commencing on or after 06 September 2016.

Exemptions are also provided in relation to payments made to individuals within the charge to income tax or companies within the charge to corporations tax; Irish or EEA pension funds, or EEA citizens or companies who will pay tax on receipt of the interest, without any deduction for profit participating interest, provided that the payment of the coupon to the EEA citizen or company is not for tax avoidance purposes.

The section also reduces the timescale within which a company must inform the Revenue Commissioners in writing of its intention to be a section 110 company to within 8 weeks of acquiring qualifying assets of € 10 million, or where the information requested is not available at that time without undue delay.

In budget 2016 the Minister announced he would extend the Bank Levy beyond 2016 to 2021. Following this announcement a review took place of the methodology used to calculate the levy including a public consultation. From 2017 the levy will be based on DIRT payments made in a base year which will change every two years:


From 2017 the levy will be calculated at a rate of 59% of DIRT paid by liable financial institutions in the applicable base year as shown above. Between 2017 and 2021 the levy is expected to raise € 750 million.

The bill has a provision to allow the sharing of information about tax rulings between the Irish tax authorities and those in other EU states, under the terms of an EU transparency directive. More limited information is given to the European Commission.

The directive also has a look-back element under which the competent authorities of each member state exchange information on certain past tax rulings.

There are changes to the rules on publishing names of tax defaulters. This changes are:

From May 1st the opportunity to make a voluntary disclosure about a tax default will be withdrawn from those whose liabilities involve offshore income or assets.

Any such person failing to make a disclosure before that date will no longer have access to the penalty mitigation arrangements and protection from publication in the quarterly defaulters' list currently available where a qualifying disclosure is made and may leave themselves open to criminal prosecution.

There are some small amendments on excise tax including an extend to the carbon tax for natural gas and for coal used in high efficiency heat and power co-generation from a partial relief to a full relief.

Restriction of the VAT Flat-rate Scheme for Unregistered Farmers Provision is being made for the Minister for Finance to restrict the application of the flat-rate VAT scheme for unregistered farmers in certain circumstances.

Where the Minister is satisfied, following a review by Revenue, that business models or structures employed within a particular agricultural sector, give rise to systematic excess payment of the flat-rate addition within the sector, the Minister may, by order, prohibit the payment of the flat-rate addition in relation to specified agricultural produce or services.

The purpose of the amendment is to ensure that excessive VAT recovery within a sector can be prevented and farmers who are impacted by such an order will have the option to register for VAT and recover VAT incurred on inputs under normal VAT rules.

The Finance Bill makes a number of amendments for the purposes of preventing certain tax avoidance opportunities in relation to Personal Retirement Savings Accounts (PRSAs) .